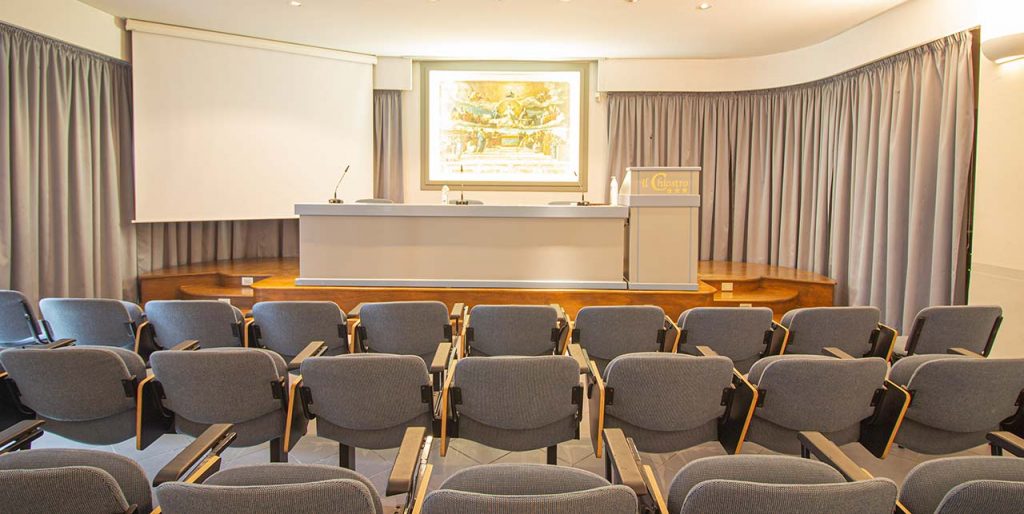 It is one of the most exploited meeting rooms. Before its recovery and restoration, it was a simple warehouse at the service of the Müller mechanical spinning mill. In the entrance lounge there is a bust of the theologian philosopher Antonio Rosmini who lived in Intra and, as the backdrop of the main meeting hall, a precious walnut oil painting attributed to Pietro Buonaccorsi (nicknamed Perin Del Vaga). He was born in Florence in 1501 and died in Rome in 1547. He had been Rodolfo del Ghirlandaio's pupil in Florence and Raphael's collaborator in Rome. The theme of the painting is THE DISPUTE OF THE SACRAMENT: it is a copy, made for Pope Paul III Farnese, of the 7-meter frescoe that can be admired in the "Stanza della Segnatura" in the Vatican Palace. 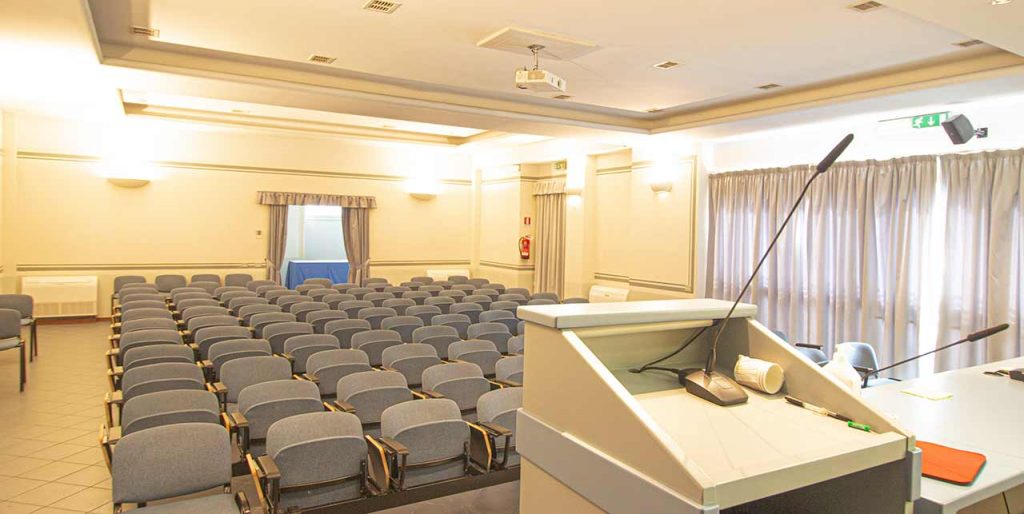 The Controversy over the Sacrament

The picture you can admire is a walnut oil painting by Pietro Buonaccorsi (called Perin Del Vaga), born in Florence in 1501 and died in Rome in 1547. He became Rodolfo del Ghirlandaio’s pupil in Florence and Raphael’s collaborator in Rome.

Some of his works can be admired in the Vatican Loggias (X, XI and XII), in Marcello al Corso, in Trinità dei Monti, in the Vatican, in Castel S. Angelo, in the Uffizi Gallery in Florence and in Genoa in the Doria and Fassolo palaces.

The painting was bought by the heirs of the Fallani family, antique dealers in Florence. It is a copy of the fresco by Raffaello Sanzio and his school made in Rome between 1508 and 1511 in the Segnatura Room entitled “The Controversy over the Sacrament”: the truth revealed in theology.

The original fresco measures 7.70 m at the base. Perin del Vaga was commissioned, in 1541, by Pope Paul III and Cardinal Farnese, to paint the wainscot in fake marble and fake bas-reliefs.

It was originally made of wood and had been destroyed during the sack of Rome in 1527.

Perin del Vaga paints it and also inserts the plinth in the picture: it is his “signature”. Another painter would most likely not have inserted the wainscot. All this to say who Perin del Vaga was and why the painting is believed to be his work. From the artistic point of view it is considered a passage between the passionate language of Michelangelo and the calm tones of Raphael.

We bought this painting for several reasons. It has the same age as the Cloister: early 1500s and this can be useful for us to understand the reason for many works in our area such as the sacred mountains and monasteries.

In the painting you can admire numerous characters: above the Trinity (Father, Son and Holy Spirit), to the left of the son the Holy Mary and to the right St. John the Baptist. 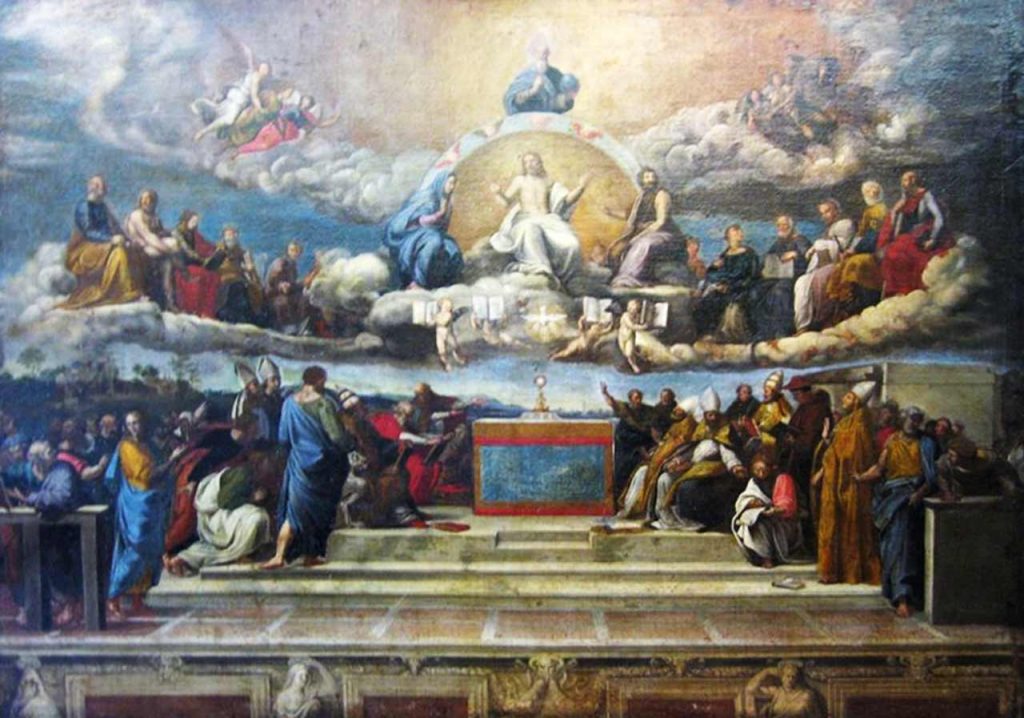 Between the upper and the lower levels there is a clear severance, a strip of blue sky.

The only link between the two tiers is a Eucharist, one of the greatest mysteries of the Church.

Perhaps this symbolic interpretation was the reason why Pope Paul III Farnese ordered a copy of the fresco for his private apartment.

Il Chiostro hotel offers a simultaneous interpreting service, available on request, for international meetings and conferences. Il Chiostro hotel has some charming spaces, such as the veranda, the inner garden and the old cellars, in which to enjoy refreshments and buffet lunches served during breaks in meetings.
look at our rooms